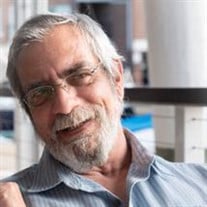 On Thursday, April 29, 2021, Michael John Hoyt, loving husband and father, passed away at the age of 61. Mike left this earth after a short but courageous battle with cancer at home in the arms of his wife, Jackie. Mike was born on September 5, 1959, in Cambridge, MA, to Norman C. Hoyt and Mary T. Long. He grew up in a large family, the youngest of five siblings. An electrical engineer, he was an alumni of the University of Massachusetts Lowell class of 1981 and Northeastern University class of 1986, where he received his master’s degree. A New Englander through and through, Mike grew up in Waltham, later spending much of his life in Uxbridge, Massachusetts, before finally settling in Rhode Island. A passionate American, Mike gave much of his free and later professional time to the lives of young adults: a Cub Scout leader and Scoutmaster for Scout Troop 25 of Uxbridge, Narragansett Council, a youth soccer coach, and later a teacher for Job Corps. Mike spent the final years of his life piloting and creating a program to educate our nation’s youth. An Advanced Manufacturing Instructor, his legacy and passion for engineering and education lives on. He considered it his dream job. A family man, Mike noted his greatest accomplishments were watching his children and stepchildren excel as caring and compassionate members of society. In his final months, Mike kept a note as a reminder: “A scout is cheerful.” When faced with a terminal diagnosis, he was able to keep his light and levity. Even during COVID, his spirit enabled him to gather all five of his children and six grandchildren, staying up late to joke and play with them. Mike leaves behind his wife and partner of twenty years, Jacqueline Jean Herock-Hirsch. He now joins his parents, Norman C. Hoyt and Mary T. Long, as well as his sister, Karen Hoyt (Stanley), and brother-in-law, Dave Stanley. Mike is survived by his eldest son, Alan John Hoyt and his wife Lelia Hoyt, his son, Eric James Hoyt and his wife Karly Hoyt, and his daughter, Julie Anne Scannell (Hoyt) and her husband Michael Vincent Scannell, as well as his stepchildren, Tyler Joseph Hirsch and Verity Rose Hirsch, and six grandchildren. He is also survived by his brothers, Richard Hoyt (wife Linda) of Arizona, and Ken Hoyt (wife Deborah) of New Hampshire, his sister, Dianne Hoyt (husband John) of Florida, as well as many cousins, nieces, and nephews. The Hoyt family would like to sincerely thank HopeHealth of Rhode Island and their nurses for allowing Mike to live his final days on his own terms—something a stubborn New Englander values above all else. In lieu of flowers, please send donations to St. Jude Children’s Research Hospital.

On Thursday, April 29, 2021, Michael John Hoyt, loving husband and father, passed away at the age of 61. Mike left this earth after a short but courageous battle with cancer at home in the arms of his wife, Jackie. Mike was born on September... View Obituary & Service Information

The family of Michael John Hoyt created this Life Tributes page to make it easy to share your memories.