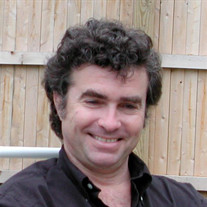 John “Jack” William Buscaglia, 68, passed away on August 14th at his home in Wyoming, Rhode Island after a lengthy and determined fight with pancreatic cancer. He maintained his equanimity, dry humor, and hopeful spirit throughout his illness. He is survived by his wife, Susan A. Shaw, of Wyoming, RI, his brother, William K.Buscaglia, Jr. of Buffalo New York, sister-in-law Phoebe Shaw and brother-in-law David Chase of Haydenville, MA; nieces and nephews Elizabeth Buscaglia, David Buscaglia, Alexis Gordon, Andrew Buscaglia, Pyara Meyer, Vincent Manosh, Melissa Meyer, Hannah Sparks, Crystal Killoran, Solomon Chase and Ruby Chase; cousins Tom Mahoney, Robert Mahoney, Joseph Buscaglia, and Sue Buscaglia, and many grand nieces and nephews. Friends are part of one’s family, too. He will be missed by many dear friends who brought light and love to both Susan and John, especially during his illness. John is a graduate of Nichols School, Buffalo, NY, (1970), Amherst College (A.B. Philosophy, 1974), University of Massachusetts (A.B. Chinese Studies, 1979), and Yale University (M.A. History of Asian Religions, 1986; M.A. Philosophy, 1986). Following his academic studies he worked translating writings from Japanese into English. John was a master craftsman, having run his own wood turning studio for the better part of thirty years. He was passionate about the medium in which he worked and always strived to let the natural qualities of wood be expressive in his final creations. John and Susan were organizers of HopArts Studio Trail, a network of artists and artisans in southern Rhode Island. Though they both put enormous energy into their own artwork, they were equally committed to helping draw attention to the work of other creative professionals in their region. John was both an artist and an advocate. Following his love of sailing, the sea, interest in maritime history and culture, John found his way to Mystic Seaport and became part of their interpretation department staff in 2013. He worked in the formal galleries, ships, and trades. His low-key demeanor belied a heartfelt passion for people and a desire to help every visitor appreciate what Mystic Seaport was all about. He read voraciously and visited as many museums and historic sites as he could, always striving to find ways to make himself a better interpreter. John and Susan shared a love of traditional dance and were active participants in Irish set dancing, contra dancing and English Country dance in New England. In 2003 they created the Kingston English Country Dance program, funded in part by the Country Dance Society Boston Centre. A celebration of John’s life will be held at a future date. Donations in his name can be made to hoparts.org, a non-profit organization that fosters the arts and artists in southern Rhode Island.

John &#8220;Jack&#8221; William Buscaglia, 68, passed away on August 14th at his home in Wyoming, Rhode Island after a lengthy and determined fight with pancreatic cancer. He maintained his equanimity, dry humor, and hopeful spirit throughout... View Obituary & Service Information

The family of John "Jack" William Buscaglia created this Life Tributes page to make it easy to share your memories.