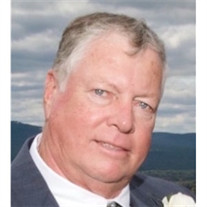 Jesse E. Miller, 74, of Killingly, CT passed away on Tuesday, February 28th. The son of the late Frederick and Ruth Miller, Jesse grew up in Scituate, RI with his beloved siblings Fred, George, Ruth and Robert. After graduating in 1960, Jesse settled in Coventry, RI - where he lived most of his life with his wife Joan (Viau), and their sons Glen and Neil. Married to Joan in 1964, he was forever honored to have been included in the lives of the Miller and Viau extended families. The trusted friendships that he held close, up to his very last days, were among his most treasured possessions, and were a cherished source of both pride and joy.Following in his father™s footsteps, in 1965 Jesse opened the first Texaco garage in Hope, RI with his business partner and lifelong friend. He then went on start his own service station in Coventry, and worked at Majestic Honda in Warwick. In 1983, he adapted his skills to become a machinist at Electric Boat, where he worked until finally retiring in 2008. While he frequently guided them in rebuilding their car engines, his sons never saw him do any woodworking in his 74 years - at least that which could not be completed with a chainsaw.A lifelong car enthusiast, Jesse followed NASCAR from its earliest days to the present, and auto racing of all types. Many memorable vacations were spent with family and friends, planned around trips to such exotic locales as Watkins Glen, NY and New Smyrna, Fl. Jesse also loved football, having played for Scituate High, and then going on to coach and lead the Coventry Rams Pop Warner program for 10 years.In his retirement, Jesse was an avid reader of WWII history and collector of VHS cassettes. He traveled frequently with his wife and friends, venturing across the United States: Florida to Alaska, Maine to Nevada, and countless places in between. Sometimes, Joan would even get to drive. Having acquired his first passport at the age of 65, together they visited Ireland and Europe.He loved old school country music, ice cream and in his younger days, a well-made Manhattan. He taught his sons everything that they know about playing cards, just not everything that he knew to be sure he won their penny ante games. And there was rarely ever a stranger with whom he wouldn™t strike up a conversation, especially if they started by complimenting his dog.Illness may have troubled him in that last few years of his life, but he battled through each episode with determination, bolstered by the love and support of his wife and family. Though it got tougher each time, he never lost his will to live and learn. Alas, the last round finally proved to be too great, and he passed away suddenly on Tuesday night.A memorial service celebrating his life will be held at Winfield & Sons Funeral home, 571 West Greenville Road in Scituate, RI at 11:00 a.m. on Saturday March 4th. For more information please visit www.winfieldandsons.comIn lieu of flowers please consider a donation of any type - to a local youth sporting league in Jesse's honor. The enjoyment taken, and friendships made through the many football, baseball, racing, and soccer teams over the years cannot be measured.

Jesse E. Miller, 74, of Killingly, CT passed away on Tuesday, February 28th. The son of the late Frederick and Ruth Miller, Jesse grew up in Scituate, RI with his beloved siblings Fred, George, Ruth and Robert. After graduating in 1960, Jesse... View Obituary & Service Information

The family of Jesse E. Miller created this Life Tributes page to make it easy to share your memories.