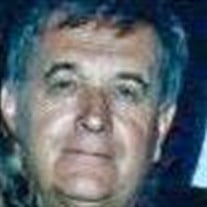 James “Jim” Hardy Terry II of Charlestown, husband of the late Barbara Terry, passed away on March 18th of natural causes at Westerly Hospital. Jim was born in St. Louis, Missouri on January 16, 1936 and was the oldest of three brothers. Throughout school, he played football, which developed into a lifelong passion. He received his bachelor’s degree in business at Ursinus College in Collegeville, Pennsylvania, and went into the glass industry in Wheeling, West Virginia. Jim took a position as a personnel manager in Zanesville, Ohio and then as a plant manager in Mt. Vernon with Chattanooga Glass, which brought him to Chattanooga, Tennessee. He didn’t stay long, as his expertise moved him around the country to open and manage glass plants in Keyser, West Virginia, Corsicana, Texas, and finally, Rhode Island. The Terry family moved to Warwick, Rhode Island in 1979, when Jim assumed the role of plant manager at Coventry Glass. He retired from the glass industry in 1983 and went on to own and manage a private limousine company, Knight’s Limousine, of Warwick, during the 1980s and 1990s. Retiring to Georgia in 2004, Jim and his wife Barbara returned to Rhode Island in 2016. Jim was a sportsman and loved golfing. He collected antiques, was an avid reader, and catalogued his amazing collection of glassware. He loved American history, Civil War memorabilia, and the ocean. He and wife Barbara maintained beachside homes in South Country for many years, hosting unforgettable family gatherings. Jim was also very active in his church, overseeing renovations and participating in the choir. He is survived by his loving children: Elizabeth Busch and her husband Tom of Danielson, CT, Victoria Logan and husband Barry of Burrillville, James Hardy Terry III of Coventry, and Alexandria Terry of Charlestown; three grandchildren: Alexandria D’Angelo and husband Richard Solitro of North Providence, Courtney D’Angelo of North Providence, and Ashley Terry of Coventry; and two great-grandchildren, Ramses and Charlotte; as well as his two beloved poodles, Oliver and Morgan. A Mass of Christian burial will be held on Saturday, April 27th at 11:00 a.m. at the Chapel of St. John the Divine at 10 Church Way in Saunderstown, RI.

James &#8220;Jim&#8221; Hardy Terry II of Charlestown, husband of the late Barbara Terry, passed away on March 18th of natural causes at Westerly Hospital. Jim was born in St. Louis, Missouri on January 16, 1936 and was the oldest of three... View Obituary & Service Information

The family of James Hardy Terry II created this Life Tributes page to make it easy to share your memories.