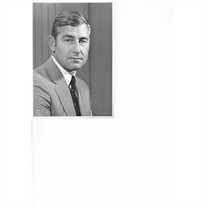 Edward M. Brown, 84, formerly of Providence and Weekapaug RI, died peacefully on September 20, 2013. He was the husband of Martha (Whitaker) Brown for 59 years. Born in Spring Lake, NJ, he was the son of the late Herbert and Clarice (Giles) Brown. Ted was a graduate of Pembroke Hill School in Kansas City, the Kent School in Connecticut, and Bowdoin College in 1951. He also attended Columbia University in NY to study classic languages. Ted served in the United States Coast Guard. His professional career spanned more than 45 years. Ted worked for the former William H. Haskell Manufacturing Company in Pawtucket for many years including as president and CEO and continued in that capacity after the company was sold to the Easco company in Baltimore. He then went to work for the AT Cross company in the export department traveling world-wide. He concluded his career with the City of Providence as a member of the planning and economic development department. He served on the board of the Lying Inn Hospital (now Women & Infants) and Trinity Repertory Company. He was a member and past president of Agawam Hunt, Weekapaug Tennis and Yacht Clubs, and a member of the RI Commodores. He also served as moderator of the Weekapaug Fire District and received the Henry Morris Award for his many contributions to that community. Ted was involved with the Nopes Island Conservation Association and the Quonochontaug Beach Conservation Commission. He was a long time communicant of St. Martins Church and an avid supporter of the Brown Men's Hockey program. Besides his family, he loved tennis and paddle, golf, the water, his dogs and the Yankees. He is survived by his three children; Kathryn Weiner and her husband Steve of Andover, Mass, Cynthia Brown of Wakefield, and Otis Brown and his wife Wendy of Rumford; nine grandchildren, Christopher, Abigail, Benjamin and Lindsey Weiner, Oliver Marcionetti, Trevor, Madison, Charlotte and Isabel Brown. He was the twin brother of William P. Brown of Philadelphia. A memorial service will be held November 30, 11am at the Weekapaug Chapel. Donations in his memory may be made to the Weekapaug Chapel, 105 Noyes Neck Road, 02891.

Edward M. Brown, 84, formerly of Providence and Weekapaug RI, died peacefully on September 20, 2013. He was the husband of Martha (Whitaker) Brown for 59 years. Born in Spring Lake, NJ, he was the son of the late Herbert and Clarice (Giles)... View Obituary & Service Information

The family of Edward M. Brown created this Life Tributes page to make it easy to share your memories.