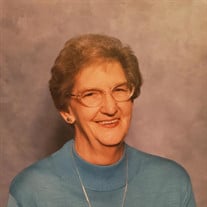 Marion Esther Beaudreau, 95, passed away peacefully on July 29th, 2021, at Apple Rehab Clipper, in Westerly, Rhode Island. Born in Westerly, Rhode Island on January 13th, 1926, she was the daughter of Bernice Holmes and John Russell Taylor. Marion was pre-deceased by her mother and father, as well as her sons, Philip (Bobby) Schonrog, and Wayne Irving Schonrog, and her siblings, including Thomas Irving Taylor, Malcolm Holmes Jr., Hazel Riple, and Mary Elizabeth Gardella. She is survived by her son, Kevin Schonrog Sr, her daughter, Gayle Summerlin, and her step-son, Michael (Ekim) Beaudreau, as well as numerous grandchildren and great-grandchildren, and several friends. Marion graduated from Westerly High School in 1944. She married her first husband, Philip Schonrog, prior to turning 21. While they divorced, they remained friends, and Marion went on to marry Ernest A Beaudreau in 1963, until his passing in 1977. She always loved music, and it was when she was country dancing with friends at a local music venue that she met Earl Trudeau, who became her partner throughout the 1980s, until his death in 1997. Beginning in high school, she worked at Moore Mill, and she would work there for several years. She was a long-term member of the Ladies Auxiliary for the Alton Fire Station. She also briefly worked as a nurse's aide for the Westerly Hospital, and eventually went on to work as a secretary at Browne and Sharpe, where she stayed until she retired. In her retirement, she spent many years volunteering for Meals on Wheels. She also spent her retirement helping to raise her youngest granddaughter, Anastasia (Ana) Schonrog. She loved her family and enjoyed being a mother, a grandmother, and especially a great-grandmother. Baking was always a favorite hobby. She often baked desserts for family gatherings, and holidays, and taught her family how to bake. She would even bake intricate wedding cakes that looked professionally done, and once took a summer job baking cakes in New Hampshire with a friend. Marion was a Girl Scout Leader, and always enjoyed the outdoors. While she enjoyed her various gardens very much, she never quite enjoyed gardening. She loved sitting outside, watching the birds, and going for long walks. She was also a member of a weight loss group, TOPS (Taking Off Pounds Sensibly), and reached the rank of KOPS (Keeping Off Pounds Sensibly). Marion enjoyed hand work, such as knitting, crocheting, and needlepoint, and was part of a knitting club at the Richmond Senior Center. Throughout her life, she won many awards for her knitting. Marion had a strong faith in God her whole life. A private service will be held at the convenience of the family. In lieu of flowers, donations can be made to Meals on Wheels of Rhode Island.

The family of Marion Esther Beaudreau created this Life Tributes page to make it easy to share your memories.