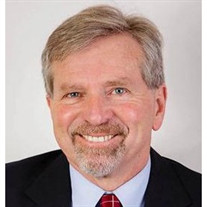 Kenneth Ken Pickering died suddenly in a fatal automobile accident on January 20, 2016. He was 63.Ken was born on December 5, 1952 in Fall River, MA to his parents, William and Grace Pickering. On June 22, 1974 he married Sharon Higginson (Pickering), his high school sweetheart from Somerset (MA). Ken graduated with a degree in Chemistry from Bridgewater State University and a Master™s in Management degree from Lesley University. Ken spent almost 25 years working for Polaroid as a chemist and in various management roles at several locations in Massachusetts. He also served as President and COO of Foster Corp in Putnam, CT for over ten years, and most recently as a part-time business coach for AdviCoach in Rhode Island.Ken was an outgoing, intelligent, and hardworking individual who left positive impressions on the many people he encountered during his fruitful journey through life. He was a dedicated New England sports fan, soccer coach, and member of the local business community in North Kingstown, RI. He loved walks along the Rhode Island coast with Sharon, travel to warm weather locations, smoking cigars while doing yard work, and staying current on the latest TV shows.Ken is survived by his loving wife Sharon; son and daughter-in-law, Kenneth and Claire Pickering; his son and daughter-in-law, Thomas and Katelyn Pickering; his daughter and son-in-law, Stephanie and Michael Primiani, his brother and sister-in-law William and Perry Ann Pickering; his sister and brother-in-law, Margaret and Richard Lawrenson; and six beautiful grandchildren, Henry, Ada, Margo, Charles, Emma & Lilly. Ken also leaves behind numerous cousins, nephews, nieces, and loved ones.There will be a memorial service for Ken on January 30 at 11AM at St. Luke™s Episcopal Church in East Greenwich, RI. All are welcome to attend and celebrate Ken™s life. In lieu of flowers, please donate to The North Kingstown Chamber of Commerce Charitable Foundation, 8045 Post Road, North Kingstown, RI, 02852.

Kenneth Ken Pickering died suddenly in a fatal automobile accident on January 20, 2016. He was 63.Ken was born on December 5, 1952 in Fall River, MA to his parents, William and Grace Pickering. On June 22, 1974 he married Sharon Higginson (Pickering),... View Obituary & Service Information

The family of Kenneth Pickering created this Life Tributes page to make it easy to share your memories.