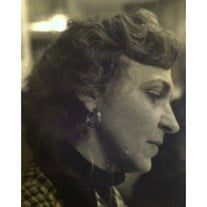 Juliette Freeman Newcomb Gross 10.29.29 – 12.12.16 With great sadness, the Newcomb family announces the death of their remarkable mother, Judy Freeman Newcomb Gross, on December 12, 2016. She was a beloved mother, adored grandmother, generous aunt, kind cousin, and dear friend to many people. Her big extended family, the Freeman clan, was one of the great sources of joy in her life. Nothing made her happier than having an open door policy at her house in Bristol, Rhode Island, or hosting an impromptu party with friends and family. She was the fifth child of Marjorie and Hovey Freeman. She is survived by her daughters: Diana Newcomb-Stanley (Roy Stanley), Martha Newcomb, Georgia Newcomb (Greg Johnson), and Marjorie (Peggy) Asciolla; and her five grandchildren, Georgia Stanley, Jamie Asciolla, Alexander Johnson, Jessica Asciolla, and Chase Johnson. She was an inspiration to all who knew her, in particular to her five grandchildren. She was intelligent, funny, ever curious about the world, open to new ideas, feisty, opinionated, kind, generous, and energetic. One great nephew said about her, “She taught me that toughness and kindness are eminently compatible, and that idealism can get along with plain good sense.” She was passionate about her many causes and throughout her life was a dedicated volunteer. For decades, she was a respected and much-loved escort for Planned Parenthood. She cared deeply about women’s rights and issues, renewable energy, especially wind power, environmental causes, and rescue animals. This year, she was so proud to finally cast her presidential vote for a woman. She came from a family of engineers, and there were few problems Judy couldn’t solve. She was clever and inventive, and with her knowledge of architecture and design she could fix almost anything. Her wisdom and creativity weren’t limited to physical problems. She was great with words. She was a brilliant debater, a master of doggerel, and a wizard at Sudoku, crossword puzzles, online jigsaw puzzles, and more. She learned to text in recent years, mostly to be able to stay in touch with her treasured grandchildren. She loved to sail, particularly on Narragansett Bay. In recent years, she enjoyed watching the Wednesday Night races in Bristol, and never held back on commenting on the skills of the sailors (“Tack now!” “You’re pinching!”). As we all learned and accepted over the years, she was almost always right. She was also an avid fan of the Boston Red Sox and spent many fall Sunday afternoons watching the New England Patriots work their magic. She was an inspiring woman, a patriot (in the very best sense), a natural networker, a touchstone and anchor to many, many people. Something was right in the world because there was Judy. Judy was a proud alumna of Lincoln School (’47) and Smith College (’51). She was fortunate to live in several different places, including Nassau, Bahamas, Hinckley, Maine, and Guilford, Connecticut before returning to her beloved Rhode Island permanently in 1975, after the death of her first husband, Peter Newcomb. Professionally, she worked in the hospitality, insurance, and banking fields. She ultimately retired as a vice president in the trust department of Fleet Bank. Through her work at the bank, she reconnected with, and married, her high school sweetheart, Frederick Gross. The years they had together before his death were some of her happiest times, and they especially enjoyed traveling up and down the east and west coasts. The family will host a celebration of her life early next summer. To honor Judy, donations may be made to Planned Parenthood of Southern New England or the Bristol Animal Shelter.

The family of Juliette Freeman Newcomb Gross created this Life Tributes page to make it easy to share your memories.