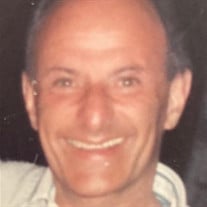 Kaplan, Irwin Dr., 93, of Kingston, RI, passed away peacefully on May 31, 2021. (Memorial Day). He was born in Providence, RI, the son of the late James and Ida (Levine) Kaplan and the brother of the late Ruth (Kaplan) Bertman. He was the husband of the late Beverly (Benjamin) Kaplan. He is survived by three loving children, Dr. Lane Kaplan (Joy) of Cumberland, Maine, Keith Kaplan (Dilseia) of Millbury, MA and Kimberly Kaplan of Cumberland, Maine. He proudly leaves ten grandchildren and five great grandchildren. He leaves a close friend Mary C. Rice of Peacedale, RI. Dr. Kaplan served in the United States Army in the latter part of 1945 and was honorably discharged in 1947. He completed his education at Providence College in 1950 and went on to receive his Doctor of Podiatric Medicine degree in 1954 at Temple University in Philadelphia, PA. While in Philadelphia, Dr. Kaplan, who was also an accomplished musician, could be seen on television every Saturday morning playing drums for the prestigious Paul Whiteman Orchestra. After graduation Dr. Kaplan did his residency under his mentor, Dr. Marvin Steinberg, at Einstein Medical Center in New York. Dr. Kaplan opened his office practice in Warwick, RI. While in practice he served a term as President of the Rhode Island Podiatric Medical Association. He was appointed to the RI Board of Examiners by Governor John Chaffee. He was also chosen as one of four podiatrists by the US Government to travel abroad to countries such as: China, Japan, Costa Rica, France Australia and Brazil to exchange medical knowledge and lecture on the latest surgical techniques. After enjoying many years in practice, he retired in the year 2000. Dr. Kaplan also enjoyed swimming and was the captain of his swim team in college. He could be found golfing, fishing and swimming on his days off from the office. He enjoyed taking his family to the beach, camping, boating, waterskiing and downhill skiing. He was an active and highly regarded member of the South Kingstown/Narragansett community in his later years. He will be sadly missed by all who knew him. A Committal Graveside Service with Military Honors will be held Saturday July 17th at 11:30 a.m. at the Rhode Island Veterans Memorial Cemetery, 301 S. County Trail, Exeter. (Please plan to gather at the administrative parking lot no later than 11:15 a.m.) In lieu of flowers, the family requests that you consider donating to your favorite charity.

Kaplan, Irwin Dr., 93, of Kingston, RI, passed away peacefully on May 31, 2021. (Memorial Day). He was born in Providence, RI, the son of the late James and Ida (Levine) Kaplan and the brother of the late Ruth (Kaplan) Bertman. He was the husband... View Obituary & Service Information

The family of Dr. Irwin Kaplan created this Life Tributes page to make it easy to share your memories.