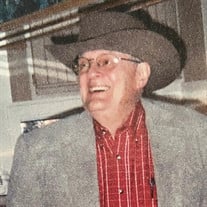 Gerald Brooks Riker Sr, 92 of North Kingstown RI died peacefully April 20, 2022, at home with his loving and devoted wife Joanne by his side. Born April 6, 1930, in Tarrytown NY to the late Joseph Wilbur and Edith Tanner Riker. He was raised and adored by Katherine McKeown Riker, who devoted her life to caring for the Riker family. Jerry grew up on the East Side of Providence with his late brothers, Joseph W Riker Jr and Geoffrey Riker. He was a founder of JW Riker Real Estate, a family-owned business, where he was head of the residential division. It was there he met his beloved wife Joanne, of 48 years. Together they grew their business into the largest independently owned real estate agency in RI. Jerry attended Brown University studying music when he was drafted into the US army. In Korea, he worked as a chaplain’s assistant. His positive attitude and faith provided comfort and support to fellow soldiers during that difficult time. He was a music lover. From his early childhood where he sang in the church choir, to collecting a massive assortment of music CDs, he could always be found in his music room sorting and listening to all genres of music. His favorite country and western singer was Merle Haggard with Johnny Cash a close second. He loved classical music and the Boston Pops, and he listened to anything from rock and roll to Beyonce. He spent his life enjoying time with the love of his life and his “bride” Joanne. They traveled to many exotic places, they loved good food, wine and especially ice cream. Together they hosted many wonderful parties, and he was always an amazing and welcoming host. And the life of the party. When they were not hosting, they enjoyed old movies together and catching up with daily news. Jerry was a people person and he was always interested in how you were, and what you were doing. He always thought of others first. Sports were a big part of his daily enjoyment, and he followed the Brown University sports teams as well as the Boston Bruins, Red Sox and the Patriots. He will be remembered as a kind considerate man to all people. Jerry had a wonderful sense of humor. He will mostly be remembered for his devotion to his wife, their love for each other was without end. They enjoyed every moment together and talked about being together in the “great beyond”. He will be missed by a combined group of children, grandchildren, and great grandchildren. He leaves, Gerald B Riker Jr (Lynn), Lane Ceylon (Sinan), Christopher Riker (Ping), as well as Rick Arnold (Heidi), Tracey Mutimer (Doug), Alyson Arnold, and the late Linda Arnold and 12 grandchildren and 15 great grandchildren. His funeral and memorial will be held Friday April 29th at 11:15 a.m. at the RI Veterans Cemetery, 301 South County Trail Exeter RI, with a memorial luncheon at Richards Pub directly following.

Gerald Brooks Riker Sr, 92 of North Kingstown RI died peacefully April 20, 2022, at home with his loving and devoted wife Joanne by his side. Born April 6, 1930, in Tarrytown NY to the late Joseph Wilbur and Edith Tanner Riker. He was raised... View Obituary & Service Information

The family of Gerald Brooks Riker, Sr. created this Life Tributes page to make it easy to share your memories.