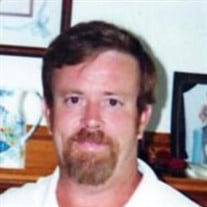 Gerald A. Couture, 64, of Burrillville, RI passed away peacefully to be with the Lord on January 26, 2021 with his wife of 40 years by his side. He was the devoted and loving husband of Teresa M. Couture. Born in Providence, he was the son of the late Albert Couture and Jeanne Couture-DeChellis. Gerald Couture was an accomplished, self-employed carpenter and craftsman and the owner of Gerald Couture Carpentry and Framing. Gerald took great pride in his work and the many satisfied customers that he acquired throughout his career. He mentored his two sons in the building trade as well. Gerry loved being outdoors. As a young man he took part in competitive dirt bike racing. He enjoyed playing hockey, and was actively involved and supportive in both of his sons many sports activities. He was an avid reader, and also enjoyed biking, boating, fishing and hiking with his wife. He loved working on his property and maintaining his family home. Gerry was tirelessly devoted to his family. He had a huge personality and loved making people laugh. He was always ready and willing to help his family and friends. Gerry lived life to the fullest, on his own terms, with tenacity and confidence in his ability to succeed in his endeavors. He lived by and embodied a never-quit attitude right up to his passing. He is survived by his two; sons, Justin Couture and Timothy Couture; his brothers John Couture and his longtime companion Chris Crepeau, Charles Couture and his wife Beverly Ann, Daniel Couture and his wife June, Edmond Couture and his wife, Mariellen, Luc Couture and his wife Donna; two sisters, Elise Vetri and her husband Alan, and Emilie Buzzi and her husband Jon, his sister-in-law Diane Couture; an Aunt, Carolyn Picard; and many nieces, nephews, and cousins. He was predeceased by his brother Philippe Couture. A Mass of Christian Burial will be celebrated Thursday, February 4, at 10:00 a.m. in St. Joseph Church, 183 Sayles Ave., Pascoag, RI. Social distancing guidelines will be observed in church. All other services will be private. Arrangements are under the direction of the Cremation Society of Rhode Island, 571 West Greenville Road, North Scituate, RI. In lieu of flowers, memorial contributions may be made to HopeHealth Hulitar Hospice Center, 1085 North Main Street, Providence, RI 02904.

Gerald A. Couture, 64, of Burrillville, RI passed away peacefully to be with the Lord on January 26, 2021 with his wife of 40 years by his side. He was the devoted and loving husband of Teresa M. Couture. Born in Providence, he was the son of... View Obituary & Service Information

The family of Gerald A. Couture created this Life Tributes page to make it easy to share your memories.

Gerald A. Couture, 64, of Burrillville, RI passed away peacefully...