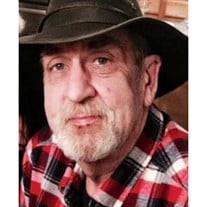 George J. Sniezek, Jr., 65, a life-long resident of Tiverton, RI, passed away quietly February 6, after a long battle with cancer. George a Vietnam Veteran, was the son of the late George J. Sniezek, Sr of Tiverton. He is survived by his mother Theresa Sniezek, a brother John Sniezek, his sister, Barbara Murray and her fiancÃ© John Irwin, his beloved niece Kimberly Farias and her husband Jon, and a great niece Madison Murray-Forbus. He was also the uncle of the late Melissa Murray.George graduated from Tiverton High School and immediately joined the Air Force. He was honorably discharged as an enlisted airmen, after being injured in 1970. A master electrician, he was the owner of G&S Electric for many years. An avid fisherman he enjoyed camping, being outdoors, cooking, spending time with his family and his cat Squeakers, and helping other disabled vets. He enjoyed music, frequenting many local open mic events, and supporting his musician friend community.George was also an old timer and proud member of a 12 step community. He was the founder of the Music for Vets annual event raising money for the Veterans Administration Volunteer Services, in Providence RI. In 2013 he became a volunteer at the VA Medical Center and has been on their roles for almost 4 years. Between driving the shuttle, picking up and dropping off veterans, visitors and staff he logged over 800 hours and transported thousands around the campus. He assisted his father in many Roger Williams Chapter IAEW Electrical conventions and was a member of the east bay, Chapter 15, Disabled American Veterans. George will be dearly missed by his family and many friends, and in the music and veteran community.A graveside Catholic burial service, with military honors will be held on Saturday February 25, 2017 at 11:00 am in the Pocasset Hill Cemetery, Main Rd, Tiverton, RI followed by a gathering of family and friends at noon, at Sandywoods Center for the Arts, 43 Muse Way, Tiverton. In lieu of flowers, donations may be made to one of George™s favorite charities-VA Medical Center, 830 Chalkstone Avenue, Providence, RI 02908 Attn: Voluntary Service 135) please put: In Memory of George Sniezek on memo line

George J. Sniezek, Jr., 65, a life-long resident of Tiverton, RI, passed away quietly February 6, after a long battle with cancer. George a Vietnam Veteran, was the son of the late George J. Sniezek, Sr of Tiverton. He is survived by his mother... View Obituary & Service Information

The family of George J. Sniezek, Jr. created this Life Tributes page to make it easy to share your memories.