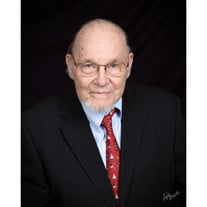 Gardner W. Munro, MSW, LICSW, passed on February 22, 2018, peacefully, surrounded by the love of his family and friends. Born to Dana Gardner and Margaret (Wiley) Munro, he is survived by his wife of 39 1/2; years, Frances (Racine) Munro, his five children: Robin Munro Perez (Michael Kane) of Cranston RI, Drew Munro of Flemington NJ, Jennifer Munro of East Falmouth MA, Ralph Munro of Framingham MA, and Abigail Munro-Hulley (Elliott Hulley) of Laramie WY, and his sister, Margaret Griffin, of Turners Falls MA. He was predeceased by his first wife Corinne (Cronin) Munro and his sister Carol Monas. He was a resident of Cranston, RI, for forty years.Gardner was a graduate of Deerfield Academy and Princeton University. Following service in the U.S. Air Force from 1951 to 1955, including service in Korea and attaining the rank of Sergeant, he enrolled in the first class at the School of Social Work at Rutgers University, where he received his MSW in 1957, and began a long and distinguished career in that field. He served as Delegation Director of International Social Services (adoption agency) in Seoul, South Korea, from 1962-1966; served the U.S. Department of State\\\'s Agency for International Development (AID) in Saigon, South Vietnam, as Social Welfare and Voluntary Agency Liaison Officer Refugee Division 1966-1968 and as Senior Social Welfare Advisor 1971-1973). Between AID tours, he was Assistant Dean of the School of Applied Social Sciences at Case Western Reserve University in Cleveland, OH. After coming to Rhode Island in 1974, Gardner worked at the Council for Community Services, then the planning arm of the United Way of RI, first as Associate Executive Director 1974-1978), and then as Executive Director 1978-1983). In 2004, Gardner "retired" from the RI Department of Children, Youth and Families after 19 years as a clinical social worker and social work supervisor; but he immediately continued his social work in a number of agencies and in private practice until suffering the first of his two strokes in the summer of 2016.For Gardner, sharing his social work skills to help others was more than a career. Along with The Rev. H. Daehler Hayes and the Haiti Project of the RI Conference of the United Church of Christ, Gardner made 5 trips to Haiti, where he was instrumental in development of a permanent mission church/school/clinic in Port au Prince. He also traveled with Daehler to South Korea, Thailand and Laos, and Jordan/Israel as part of international outreach groups.An active member and current Deacon of Central Congregational Church UCC in Providence, Gardner was a man of faith, who in his later years studied and became something of an expert on the life and letters of the Apostle Paul. Thanks to the generosity of his children, he was able to travel to the Eastern Mediterranean and retrace some of Paul\\\'s steps in 2013. At Central, he was also a key participant in adult Sunday School and the Men\\\'s Group.Gardner had a life-long love affair with sailing, nurtured at the vacation home at Metoxit Point in Waquoit MA, where his family has summered since 1900. There are many sailing stories of his adventures and exploits in sailboats. When the mast became too heavy for him to rig his beloved MK-9 sailing dinghy, he rowed the Moonakis around Pawtuxet Cove and Narragansett Bay, as well as on Waquoit Bay, into his 88th year.In addition to his wife, children and sister, Gardner is survived by his nine 9) grandchildren: Reese Perez of Cranston, Nick Parece of Natick MA, Sarah DiAngelis of Warwick RI, Vanessa Perez of Woodstock CT, Evan Hall of Cranston RI, Tabatha Perez-Kane of Cranston RI, Aidan Welch of East Falmouth MA, and Calvin and Tycho Hulley of Laramie WY; and five great grandchildren (Jacob Perez, Brooklynn DeAngelis, Madelyn and Evan Parece, and Wiley Hall).A memorial service is planned for April 14, 2018, at Central Congregational Church, with a further memorial at Waquoit on July 14, 2018. Donations in his memory may be made to Central Congregational Church in Providence, or to any charitable organization with meaning to the donor.

Gardner W. Munro, MSW, LICSW, passed on February 22, 2018, peacefully, surrounded by the love of his family and friends. Born to Dana Gardner and Margaret (Wiley) Munro, he is survived by his wife of 39 1/2; years, Frances (Racine) Munro, his... View Obituary & Service Information

The family of Gardner W. Munro created this Life Tributes page to make it easy to share your memories.