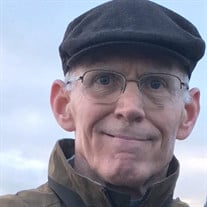 Frank Foster “Rusty” Sallee passed away peacefully on February 17, 2020 after a formidable battle with Parkinson’s Disease. Rusty was born in St. Joseph, Missouri to Frank Sallee and Nancy Foster Sallee. He grew up in the small town of Camdenton in the Lake of the Ozarks. In high school, Rustyplayed football and basketball for the Camdenton Lakers and remained close friends throughout his life with many of his teammates as he did with future law school classmates, colleagues, and neighbors. Rusty attended Dartmouth College and played football there before returning to his roots to complete his undergraduate studies. In 1978, he graduated alongside his mother, both earning their bachelor’s degrees from the University of Missouri. After a few years in banking, Rusty returned to MU where he earned his Juris Doctor in 1984. Rusty and his former wife, Nancy, raised their daughter, Betsy, their pride and joy, in Kansas City. He practiced law there for nearly 25 years and was the definition of a Gentleman’s Lawyer. In 2009 Rusty moved to Jamestown, Rhode Island where he married his wife, Lisa, and immersed himself in the small townwhich is not unlike the one in which he grew up - where everyone knows everyone and there is a close-knit community.Rusty was admitted to the RI Bar and practiced law part-time and partnered with Lisa in running the Lionel Champlin Guest House together. He served on several volunteer boards for the Town of Jamestown and was a member of the Jamestown Rotary Club, Jamestown Chamber of Commerce, and the Jamestown Community Chorus. In each of these organizations, he held the role of president for at least one term. Rusty was most successful in life in the way with which most of us struggle. He was a genuinely kind and gentle man with an easy spirit. He rarely had a negative or unkind word to say about anyone and was generous with his time and skills. He was thoughtful of others and performed acts of kindness of which most will never know. He could be trusted with a confidence, was loyal, forgave easily, and assumed the best in others. He thought deeply about the way he lived life and stood by his convictions. After being an avid professional and college football fan for most of his life, he came to a decision several years ago to stop supporting the sport with the overwhelming evidence of brain injury that results for so many players. Rusty’s favorite toast was ‘Alla Famiglia!’ and his favorite pastime was spending time with his family. He often stopped to catch a beautiful sunset or vista and never took the beauty of Jamestown for granted. He leaves behind his wife, Lisa; his daughter, Betsy; his stepdaughters, Hannah, Alyssa, Kendra, and Camille; his sister, Deborah; his sister, Linda and her husband,Jerald; his brother, David and his wife, Lori; his sister-in-law,Laura Ray; his nieces and nephews, Loyd, Jacob, Carrie, Davis, Claire, Tyler, Taylor, Daniel, Eliana, Sebastian, Sophia, and Sydney; and beloved friends, Katelyn and Zach. A memorial service and luncheon will be held at Swan Point Cemetery in Providence on Friday, March 20, 2020 at 11:00 a.m. In lieu of flowers, a donation to the Jamestown Rotary Club, the Jamestown Community Chorus or the HopeHealth Hospice of RI would fittingly honor Rusty’s life. Rest in Peace Kid #5.

Frank Foster &#8220;Rusty&#8221; Sallee passed away peacefully on February 17, 2020 after a formidable battle with Parkinson&#8217;s Disease. Rusty was born in St. Joseph, Missouri to Frank Sallee and Nancy Foster Sallee. He grew up in the... View Obituary & Service Information

The family of Frank Foster Sallee created this Life Tributes page to make it easy to share your memories.