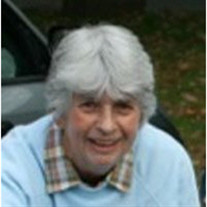 Ethel M. Halsey of Burrillville died in Cumberland, Rhode Island, March 15, 2018, at the age of 90. Born in Southampton, New York, on July 25, 1927, she was the daughter of Albert J. and Dorothy (Newberry) Halsey. Following graduation from the local high school, she earned a Bachelor\\\'s degree in Outdoor Education at Cortland State Teachers College, now SUNY -Cortland, Cortland, New York. Subsequently she was awarded a Master\\\'s Degree in Physical Education at Springfield College, Springfield, Massachusetts. She was employed as camp director with the Girl Scouts of America in Schenectady and Poughkeepsie before moving to a similar position in Rhode Island. She also taught physical education in Woonsocket Schools.In the early 1980s she was instrumental in organizing a citizen action committee in Burrillville to force the EPA to clean up a site of ground water pollution affecting drinking water. Voters elected her to the Town Council where she chaired the Western Sand and Gravel Coordinating Committee to oversee the remediation.Growing up during the Depression Ethel developed a habit of thrift. She lived simply, was resourceful and recycled long before it was mandated. Her philosophy made her a hard-working volunteer at the RI Food Bank. Ethel was interested in nature, especially land use and plants. She had a keen eye and was skilled at plant identification and a welcome trail companion. Active in the RI Wild Plant Society, she served on the board as Vice-president and as Chairman of the Education Committee, which assembled eight boxes filled with education materials as resources for educators. The boxes were placed in libraries around the state for teachers to check out and use in classrooms and on field trips. As a volunteer with Blackstone River Valley National Heritage Corridor, she prepared interesting exhibits on plants, animals and local history for display at the Kelly House and answered questions for visitors.She is survived by her brother Charles Halsey of New York, nieces Diane Mix of New Hampshire and Deborah Mix of Florida, and nephews Daniel Halsey of Massachusetts, David Mix of Vermont, Jerald Steiner of Virginia and Andrew Steiner of Iowa. Her sisters, Rita Halsey, Alice Mix and Hazel Steiner, predeceased her. Family and friends appreciate the tender care rendered Ethel during her last days by the staff and nurses of Brookdale Cumberland Skilled Nursing Facility, Beacon Hospice and Chris Pike.Burial will be private. Arrangements made by Winfield & Sons of Scituate and The Cremation Society of Rhode Island. In lieu of flowers contributions may be made to the RI Community Food Bank, 200 Niantic Ave., Providence, RI 02907 or Blackstone Heritage Corridor, 670 Linwood Ave., Whitinsville, MA 01588.

Ethel M. Halsey of Burrillville died in Cumberland, Rhode Island, March 15, 2018, at the age of 90. Born in Southampton, New York, on July 25, 1927, she was the daughter of Albert J. and Dorothy (Newberry) Halsey. Following graduation from the... View Obituary & Service Information

The family of Ethel M. Halsey created this Life Tributes page to make it easy to share your memories.