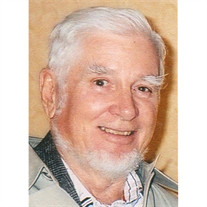 Arnold Wade Durfee 89 of Barrington, RI, passed away peacefully surrounded by family on March 30, 2014. He was predeceased by his beloved wife, Alicia (Harrington) Durfee.He was born in Fall River, MA to the late Henry and Helen (Wade) Durfee. Arnold grew up in East Providence and was a Barrington resident for the past 60 years. He graduated from East Providence High School in 1943, Rhode Island College of Education and received his Master of Education from Boston University. Arnold served in England during World War II with the Mighty 8th Army Air Force and in the Air Force Reserve. Arnold loved to travel cross country with his family in their 1968 VW camper. He was an avid sailor and raced from Rhode Island to Bermuda twice. He established youth sailing programs at the Bristol Yacht Club and Barrington YMCA in the 1960s. He was a lifetime member of the Narragansett Terrace Yacht Club.Arnold taught social studies in the Barrington School System for 30 years, retiring in 1983. After retirement, he continued to be an activist for civic and educational issues. He served as a lobbyist and on the Board of Directors for the National Education Association (NEA). He also served as a regional chairman and lobbyist for AARP, a voting poll supervisor, and a delegate to the 1976 Republication National Convention and 1986 RI Constitutional Convention. He was an active member or agent of the Coalition for Consumer Justice (CCJ), the Barrington Teachers Association, The Rhode Island Retired Teachers Association, NEA Rhode Island, RI Silver Haired Legislature, The RI Political Action Committee for Education and The RI Forum on Aging. He was a recipient of the prestigious Jefferson Award for Public Service, a Nobel Prize for community and public service in the United States. Local winners are "Unsung Heroes” ordinary people who do extraordinary things without expectation of recognition.Arnold embodied the essence of being a gentlemen, citizen, patriot, and teacher in his personal life. He had a wonderful sense of humor and enjoyed studying local and world events and as well as documenting his family genealogy. He was a member of the Evangelical Covenant Church of Riverside and The Sons of the American Revolution.Arnold is survived by his children Matthew Durfee and his wife Carolyn of Cumberland, RI, Anne White of Meredith, NH; and Maisie Morey and her husband Chris of Bristol, RI; his grandchildren Chris White and his wife Kelsey, Abigail Morey, Emily Durfee James and her husband Chris, Mason Durfee, Evan White, and Ben Morey; a brother Charles ˜Chic" Durfee of Florida; and many nieces and nephews. He is predeceased by his cherished sister, Susan Leger. The burial and graveside ceremony will be held at 10:00 AM on May 3, 2014 at the Mt Hope Cemetery, Hortonville Rd, Swansea, MA. In lieu of flowers, a donation may be made in Arnold's memory to the Evangelical Covenant Church of Riverside, RI.

Arnold Wade Durfee 89 of Barrington, RI, passed away peacefully surrounded by family on March 30, 2014. He was predeceased by his beloved wife, Alicia (Harrington) Durfee.He was born in Fall River, MA to the late Henry and Helen (Wade) Durfee.... View Obituary & Service Information

The family of Arnold Wade Durfee created this Life Tributes page to make it easy to share your memories.